This post stems from The Public’s most recent production (remounted from a previous production at Regents Park) of Into The Woods. I’ve seen one other production of the show. And unlike some of the other theater lovers of my generation, I have not listened to the soundtrack ad nauseum. All of which is to say that I consider myself only casually familiar with the show. 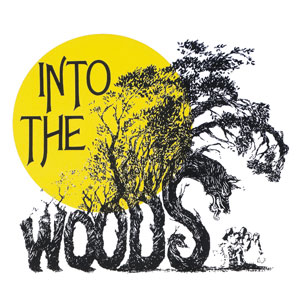 Overall, I think one of the challenges with this show is getting it to congeal. This is a show with millions of characters and almost as many plot lines. As such, hard to get all those characters to be in the same world and all those plots to relate to each other. I find the theme of parent/child relationships to be a huge component of this show. By not double casting any of the parents or children, and therefore having each child’s respective ghost parent be present on stage toward the end (if I remember correctly, during No One Is Alone) this production did a great job of highlighting that. The other major theme for me (at least in how I’m currently thinking about the show) is one of violence and when/how/if it’s usage is justified.

Specifically, my thoughts on this production are as follows…

– A Little Boy for a Narrator.

One of the notable distinctions of this production was the use of a little boy to be the story’s narrator. I really enjoyed this. It was a conceptual twist that really served the story well. I think anytime you can make a shift like that and have it completely integrate and inform the story, it becomes really exciting for people who are aware of previous versions. (Without detracting from the story, for anyone who might be seeing it for the first time.)

In this production, the choice was made to have Little Red and the Wolf’s encounter be a sexual one. For me, in the specific context of this production, this interaction was a bit too graphic to fit within the conceit of being part of a little boy’s imagination. While I recognize that there are sexual innuendos scattered throughout the text of this show, I think they need to not be the focus. I think they need to stay implicit because making them explicit gives them, for my taste, too much importance. I wonder if instead, that Little Red and the Wolf’s relationship is one that could revolve around violence.

– And About That Wolf.

In a world where Giants are actually giants and witches are actually witches with spells and powers and whatnot, I think the Wolf should be a wolf. In this production the Wolf was merely a man in pursuit of Little Red. It didn’t bother me initially, but increasingly I think that there should be an effort to render him as a wolf. Though the story may be allegorical, the world, in actuality, is magical.

– Giants in the Sky.

I LOVE when theater is theatrical. I love when you can invite an audience to use their imagination to complete then picture. The use of puppetry elements to create the Giant in this production was absolutely magical.

I think it’s crucial that we as an audience feel something for the Witch. Of all the parents we see in this story, she is the one who has done everything the way she should with regard to raising her child – and it still blows up in her face. And she owns up to that. That should be heart wrenching. And I think if you allow for that depth of pain, then you earn the bitterness for her final number.

– Getting the Glass Slippers.

Cinderella’s storyline goes something like this: I want it, I get it, it’s not really what I wanted at all. But the thing is, if you’ve fought really hard to get what you want, you’re supposed to want it once you get it. That means two things with regard to this piece. The first is that there’s a greater pay off to be had if Cinders works really hard to get what she wants. This probably means that contacting her dead mother could be a much bigger deal. It’s one thing to pray to your dead mother. It’s a whole other thing for your dead mother to respond and be able to help you in some way. I’ll grant that the world of the play is a magical one, but a miracle should still be miraculous. The second thing is that she needs to try really hard to like what she gets once she gets it.

If there is a central plot line for Into The Woods, it belongs to the Baker and His Wife. As such, we need to care about them. For me, that means I need to believe in their relationship at the start of the play. If a relationship is fundamentally broken, it deserves to dissolve – there’s no sense fighting if there’s really nothing worth saving. If a relationship is fundamentally solid but is struggling to figure out a problem, that’s when I’m rooting for them to make to the other side. This is admittedly difficult to establish since they are arguing when we first meet them. However, some of the research that’s out there (if you haven’t already, check out Malcolm Gladwell’s book Blink) would seem to indicate that it’s not that people in healthy relationships don’t fight, it’s just that they fight ways that don’t destroy their relationship. So I think the key might be making a real effort to try to have them both be arguing for the relationship instead of against each other. It’s a subtle distinction, but I think that’s where the answer is.

The Baker’s Wife gets into something of an ethical quagmire when she cheats on her husband with the Prince. Potentially, it’s her blind idolatry for his royal highness coupled with the stumbling blocks she and her husband are experiencing in their own relationship that get her into the situation. But it’s how she gets out of that determines whether the audience will hate her. It’s worth noting that at this point in the show her husband has gone out of his way to give her the one thing she desires, and therefore our loyalties are likely to be with him. Additionally, the Prince has just told her their interaction was nothing but a one time fling. And then she has to decide what she’s going to do next in a direct address to the audience. I think choosing to return to her husband (not defaulting back to) is important. The lyric “just remembering you had an ‘and’ when you’re back to ‘or’ makes the ‘or’ mean more than it did before” needs to be true. It’s the “ah ha” moment that song has been building to. What she has with her husband has to be more precious than it ever has been previously as a direct result of her indiscretion with the Prince. There’s not a lot of space in the song for that discovery, but I think that’s the one thing that can redeem her to the audience.

This thought actually came from reading an interview with Dennis O’Hare about his experience playing the Baker. O’Hare mentions that the hardest thing for him to understand about the Baker was how quickly the Baker gives up his son. And he’s right. It’s definitely a point worth shifting through. Every parent tries to do what they believe is best for their child. Sometimes when a parent believes that they are unfit to raise (or unworthy of) their child, the best choice they can think of becomes abdicating their role as parent to someone else. It’s presumably a choice that is riddled with guilt and shame. But it should be a choice. And it should be a choice that the audience gets to see.