I recently received an appointment for an audition. I am currently about 8 months pregnant, so at this point, my pregnancy is evident to anyone who looks at me. The contract for this job would have started a month after my due date and would ended before my husband finished his paternity leave. Meaning it would have been a whirlwind for me and my family, but it would have been possible. When I went in for my audition, the female artistic director immediately reacted by saying “Well, you’re not available for this contract. There’s no way. Why are you here?” I explained that if they felt like I was a great fit for the role, I thought it was workable (and explained why). If they didn’t feel like I was a match for the role, then this audition was just a further opportunity for us to continue to develop our relationship. This explanation did not seem to satisfy her in the least, but I was allowed to continue with my audition. There’s nothing like knowing someone is not interested in hiring you to help bring out your best work. (For further irony, the play itself was about the feminist movement that occurred in conjunction with the French Revolution.)

I understand that this was a small theater and its resources are limited. I understand that for something like this there are no understudies – meaning that if someone had to miss a performance or suddenly has to back out of a contract, that creates significant problems for the theater. But the reality is, I am no more of a risk to this production than any other performer would be. It’s just that the reason why I MIGHT be a risk, is much more evident than it might be for other candidates. If I had cancer, or a drug addiction, or was a man who was about to be a first time dad, they would never have known that information from just looking at me and there wouldn’t have been any question about my ability to fulfill the contract. Additionally, because there is such a stigma about being pregnant in this industry (and being written off because of it) they probably would have earned my undying love and devotion for being an ally rather than an adversary. Nothing short of an act of God would have kept me from missing a performance.

But instead of asking the question about whether or not it was possible for us to figure out a way for it to work, a decision was made that it wasn’t feasible. The decision completely excluded half of the conversation (me) and was made before any other possibilities were even considered. Which seems like a shame for both of us. If you thought I was right enough to be given an appointment, isn’t it worth considering ways to make it work? If you don’t, at the very least, ask the question, you’re selling everyone short. What if I was planning to put the child up for adoption? Or what if I was planning to exclusively use formula and could therefore be away from it for the duration of the contract? I wasn’t planning on doing either of those things, but I was never even asked. And what I could have done was pump and have my husband there to care for our child for the entire process. Something that would have been easy for the theater to accommodate. But other options were never legitimately considered. 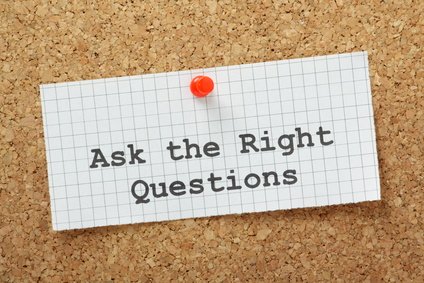 The gulf between “risky” and “feels risky” is huge. And it’s getting bigger.
It turns out that value creation lives in this gap. The things that most people won’t do (because it feels risky) that are in fact not risky at all.
If your compass for forward motion involves avoiding things that feel risky, it pays to get significantly better informed about what actually is risky.

It’s my job as artist to take risks. Making your voice heard, saying something new, being honest and vulnerable – these are some of the most valuable take-aways from art and some of the “riskiest” things to do in society. It’s why public speaking terrifies us as much as it does. Taking risks as an actor is essential, but it is even more necessary as a director. It’s my job as a director to navigate what the actual risks are verses the perceived risks, so that we don’t miss the opportunities that are only available among the perceived risks. It’s also my job to ask “how can we make this work?” You have to be able to not only take on your own risks, but also encourage everyone else on the team to take the risks that will lead to their best work.

I was listening to an interview a few years ago with someone who was a show runner for a popular TV show at the time. (For the life of me I cannot remember who it was!) The interviewer brought up the fact that one of the writers who had been hired for the writing room had a sizable prior commitment which would make them unable to write for the show for a good portion of the season. And the show runner’s response was fantastic. He said “this person is one of the best writers I know. Who cares that I can’t have them writing on my show for the entire season? Why wouldn’t I bring them in for whatever amount of time I can get them for?” Obviously, this specific solution isn’t one that works for well for many theater scenarios, but it’s a great example of not being scared off by a perceived risk or a perceived cost. We often have more to offer (which doesn’t require a significant out of pocket investment) than we we realize. It could be offering up some office space during a performances so that a sitter can babysit a actor’s child at the theater. It could be working to set up a rehearsal schedule that allows someone to care for a sick parent. It could even be as simple as volunteering the use of the performance venue on dark nights for the cast and creatives to work on other projects they might be developing.

We do theater. It’s a place for community and creativity. The time, the money, the resources will always be in short supply. Being a responsible director puts you at the crossroads of the logistical requirements and the emotional dreams. But those things don’t have to be mutually exclusive. Asking what’s possible and tapping into the resources that are available to us are how we make our productions the best that they can be. Why wouldn’t we use those same questions to make our working conditions as generous as they can be? I always tell myself “my job is to ask”. I might not get the answer that I want, but at least I’ve asked the question. It’s possible that the perceived risk of asking the question has far fewer consequences than not asking the question. When we assume there is no solution, we are sure not to find one.