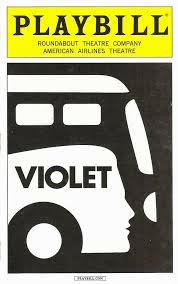 Today I head up to Vermont to start rehearsals to play Violet in Violet with The Commons Group. I’ve wanted to do this role for years and I’m so thrilled to finally have the opportunity. If you happen to be up around Burlington in early August, come and say hello!